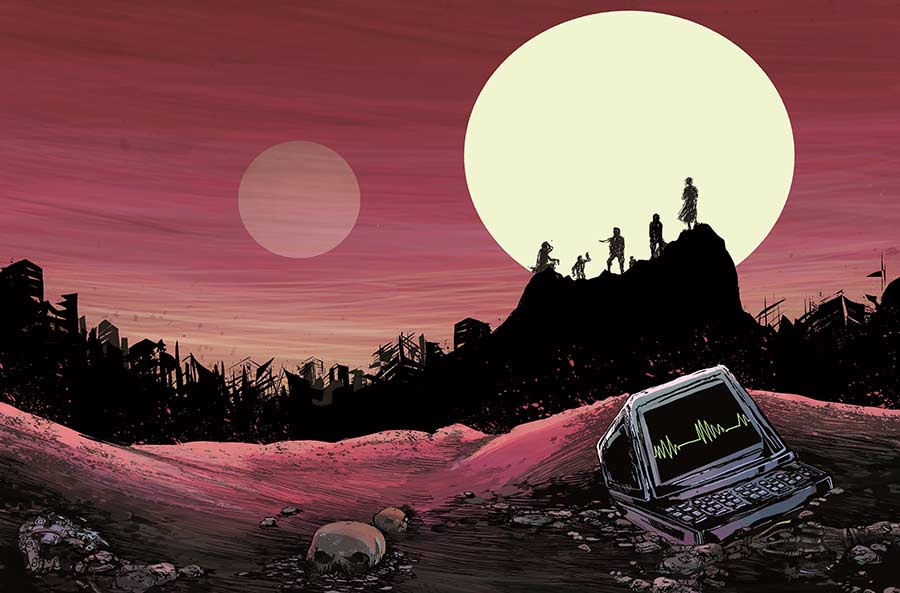 Aris draws basically for the same reasons he breathes. During the day, he works as a journalist on Greek television. During the night, he quenches his addiction for art in papers, inks and watercolors, deep in his underground shelter, on the second floor of his flat.

Apart from applied arts, he has studied political science and public administration, as well as journalism. His first self-published comic was THE SOUTHERN DEATH-STYLE, in 2010. A few years later, he met the mysterious poet Hector Bleak and in the winter of 2015, they self-published the mini graphic novel MR. BLEAK: CANDLELIGHT THOUGHTS.

A year later, he drew the horror comic BLACK LIGHT, written by Elias Katirtzigianoglou and published by Comicdom Press. He has also illustrated the pages of THE ADDICTION OF CHRISTIAN AMBROSE series of books, written by Andreas Michaelides and published by the Nightread imprint of Ars Nocturna.

Every Thursday, he publishes an episode of his personal webcomic series, THE METALHEADS on the SoComic.gr site. The first book of the series has been published by Jemma Press.

He is also the lead singer of the heavy rock band “Deathcrop Valley” and the metal band “System Decay”.