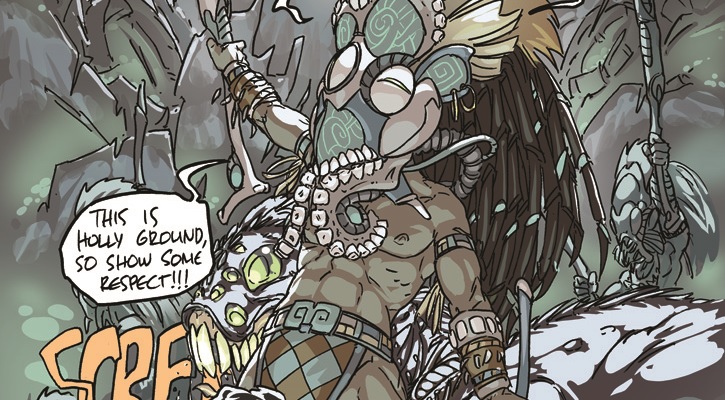 Christos Stampoulis was born in Edessa, Greece, in 1978, and studied architecture in Aristotle University in Thessaloniki. He has been doing comics since 2003 and has produced nine personal comic albums, almost all of them graphic novels (CHARLOTTE: WARM HAPPY JETS, THE LORDS OF THE CRIMSON VALLEY, BALZAC?, BLOOD TEARS AND SWEAT, VISITORS OF THE NIGHT, MARS: THE END OF SUPER-HEROES, BLACK FUSTANELLA: THE TRILOGY, F-WORD TROOPER, INJUSTINE).

His art style is mostly inspired by the work of Hugo Pratt and John Buscema, and as for storytelling, his influences come from Hugo Pratt again and Pat Mills. His approach to comics is definitely influenced by his studies in architecture.