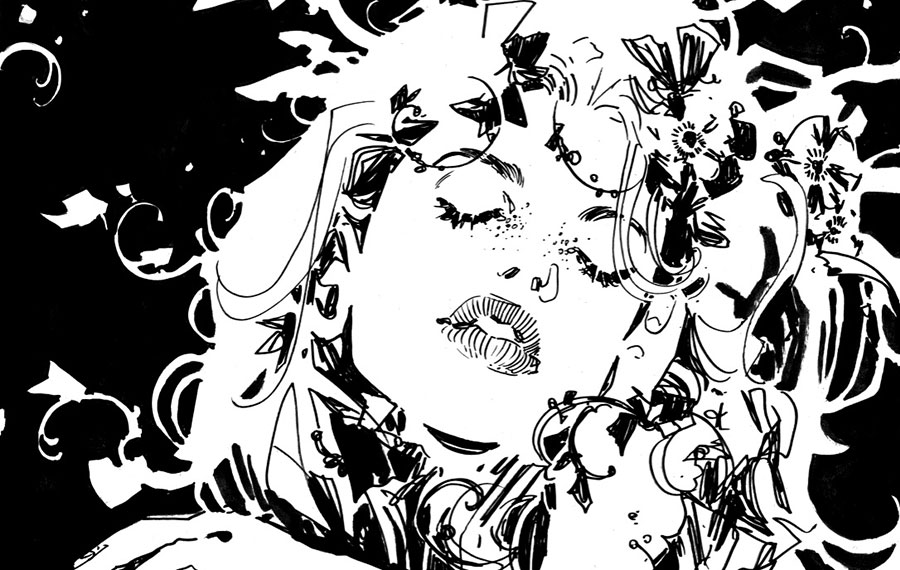 Dani was born in Athens, Greece in 1992 and studied sculpturing in Athens School of Fine Arts.

She has worked for 2000AD (Fiends of the Eastern Front, Judge Anderson, Misty and more), for IDW (Villain’s Vignette in DIRK GENTLY’S HOLISTIC DETECTIVE AGENCY: THE SALMON OF DOUBT), Vault Comics (DEEP ROOS covers), Legion M (GIRL WITH NO NAME), Boom! Studios (covers), the DC imprints, Vertigo (SANDMAN: THE DREAMING) and Hill House Comics (THE LOW, LOW WOODS), and is the artist behind the creator-owned series COFFIN BOUND, from Image Comics, written by Dan Watters.

She is also the creator and designer of TALES FROM THE STRIPS, a self-published series that won the Reader’s Choice Award at the Greek Comics Awards 2015. She loves her cats and traveling around the world!