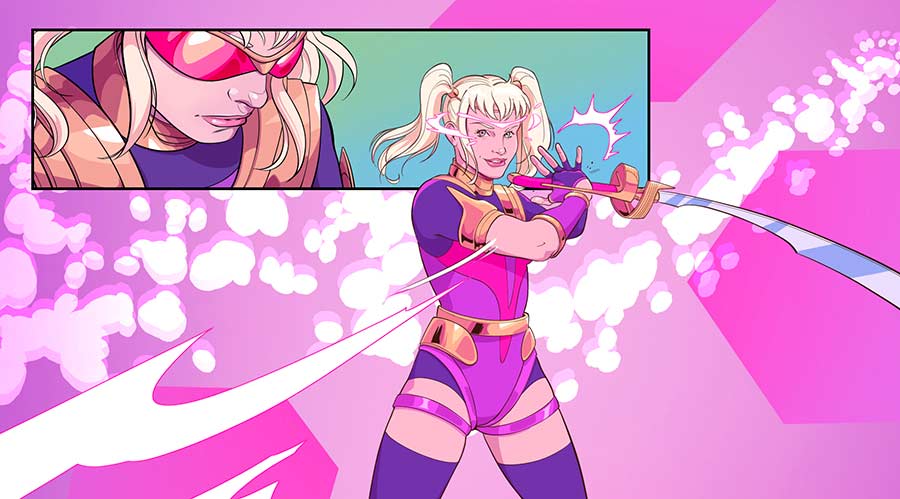 Dennis Yatras was born in Zakynthos and has been working in comics and illustration since 2017. He is a graduate of the Graphic Design School of PA.D.A. as well as a holder of a BA in Fashion Designof Middlesex University. He has been drawn to pop culture and its heroes since he was really young and cries very easily at movies.

His first work was DARK PRACTICE, a metaphysical horror comic of his own script and artwork, that suddenly spawned in the self-publisher’s section of Comicdom Con 2018. Since then, he has participated in many conventions, both locally and in Europe (Thought Bubble, MaltaCon). In 2019, he started writing and illustrating the graphic novel EQUIDISTANCE together with his longtime friend (we won’t say how long) and collaborator, Augoustos Kanakis. The four parts of this colorful adventure will be released by the Nerdula Creative Lab starting in spring of 2022.

At the same time, as a group, in 2020, the artistic duo started working on the series DIGENES, written by Konstantinos Dimitriou and Kallia Papadaki (Jemma Press). Also, Dennis provided artwork for the story “Bright Idea” by Charles Pulliam in the anthology YOUNG MEN IN LOVE scheduled to be published this June by A Wave Blue World.