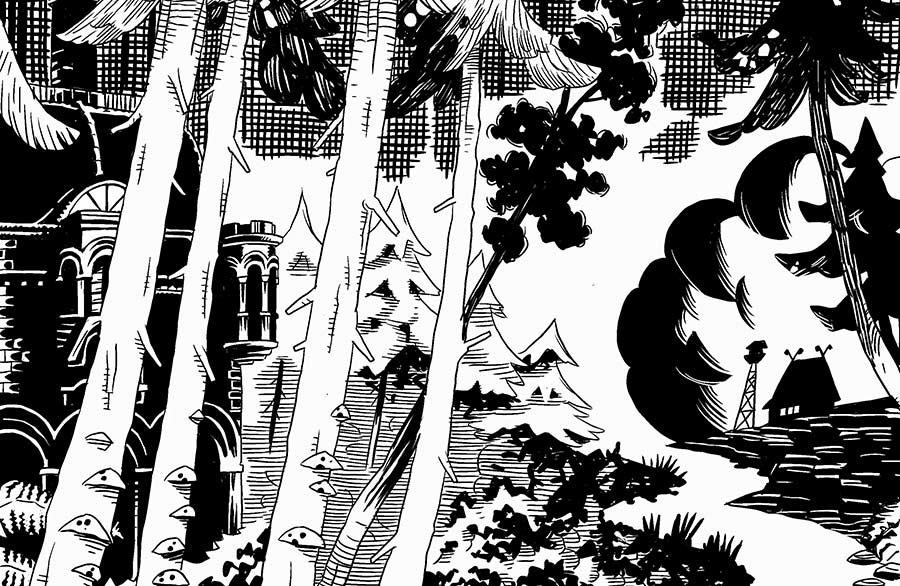 Dimitris Kamenos was born in Athens on September 1976. He holds degrees in both Greek Literature and History from the University of Athens. His work as writer and illustrator started appearing in various media since the early ‘00s.

The artist writes and draws WORLD WAR SAPIENS, a historical fiction adventure which takes place in an alternate 1939. The Homo Sapiens share the planet with Neanderthals and other human species, although their coexistence is anything but peaceful. The five issues of HOMO, which precede the events of WWS, are available by the same publisher, Jemma Press.

Kamenos’ latest projects include the comic strip MEFISTO, which appears in the weekly supplement KARE-KARE of the EFIMERIDA TON SINTAKTON newspaper. A first self-published volume of Mefisto’s adventures is available in Greek under the title MEFISTO: A MEDICAL SOAP and has also appeared in the Serbian comic book magazine STRIP PRESSING. The adventures of Faust, Mefisto and The Cat of the Netherworld continue in KARE-KARE under the title MEFISTO II – THE WAYWARD SON.

This year Kamenos attempts to ruin his good reputation (if any) by publishing THE SHERIFF USUALLY SPEAKS IN THE LAST PANEL, a collection of comic strips clearly drawn to make the reader suffer.