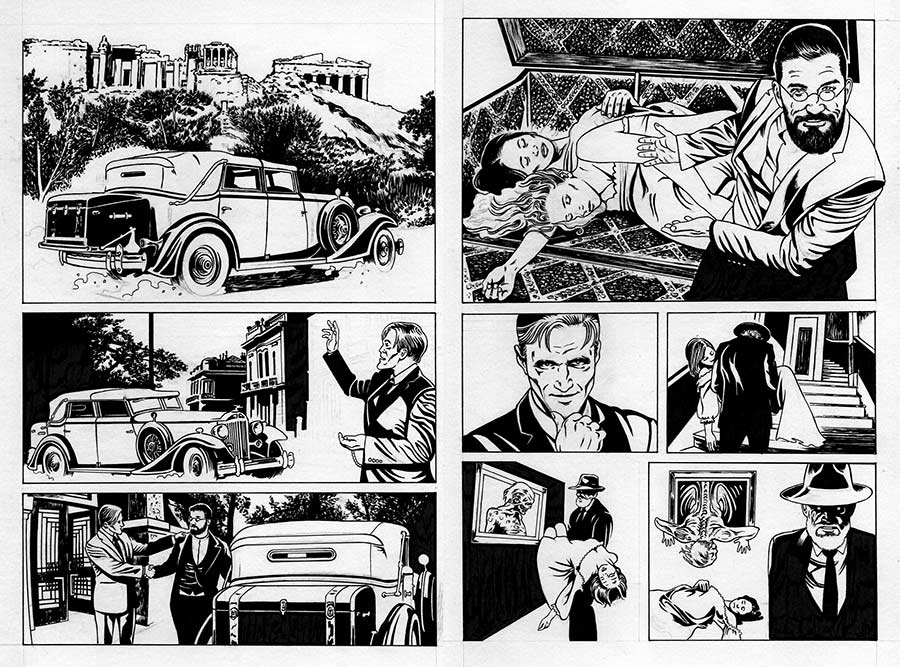 Dimitris Koskinas was born and resides in Athens. He studied Graphic Design and then continued his studies in London where he earned a BA in Design and a Master in 3d Animation.

Dimitris is a professional painter registered with the Hellenic Chamber of Fine Arts, with exhibitions in several countries and his work has been featured by the BBC. He has worked for many advertising agencies and publishers as an illustrator and graphic designer. Furthermore, he has had the role of lead artist at the legendary game “Theseis” and has taught Graphic Design at private institutions.

Since the year 2013, Dimitris has been working exclusively as a painter and comic artist and in 2018 he created the urban horror comics series DARK SECRETS.