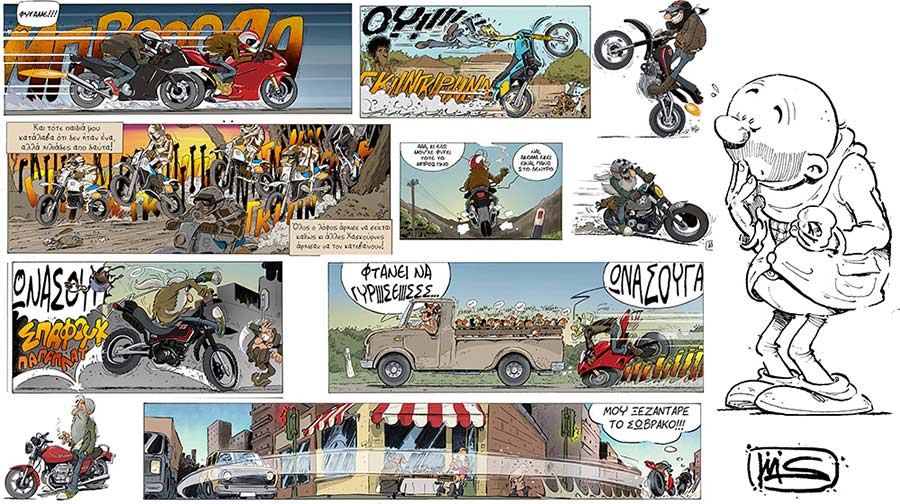 Born in 1978 in Thessaloniki and raised in Drama, he got into the comics industry professionally in 2018 when he also participated in that year’s Comicdom Con. He has since published around 10 self-publications and participated in various exhibitions and collective works.

He was the honoured artist at the 2018 Comic ‘N Play festival in Thessaloniki, participated in the first three issues of BLUE COMET, the children’s comic book BUGS, the collective work SONG STORIES and BREAKOUT, the international Knokke-heist Festival and others.

He is an avid fan of the francobelgian school of comics and tries to apply it to his art incessantly. His works are: