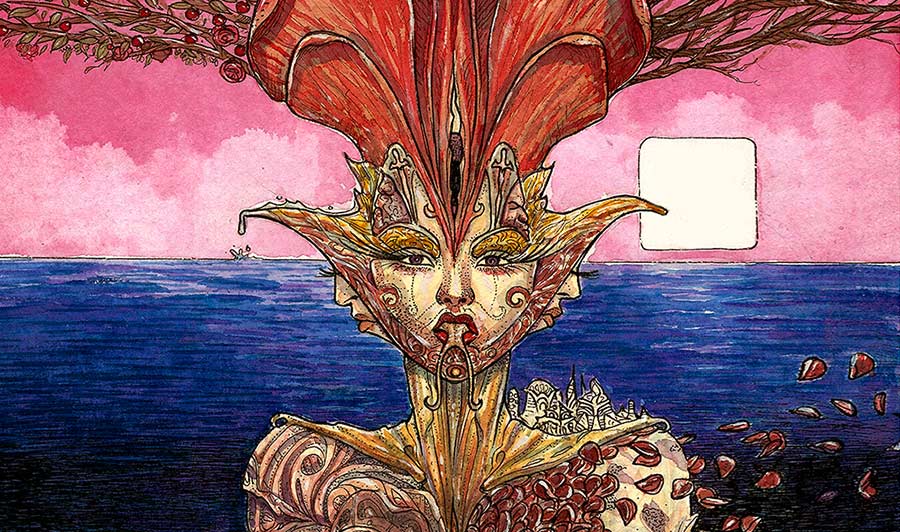 Kostas Pantoulas was born in Athens in 1984. He is a graduate of the Ornerakis Applied Arts School (2006) and Athens School of Fine Arts (2014).

From 2008 to 2010, he wrote and drew the self-published 5-issue series SOLDIER KANE, and in 2016 he worked on the Ukrainian comic UPTOWN CHRONICLES (written by Mikhail Pimenov and Richard Mooney), part of a campaign against corruption in the political system of the Ukraine. Between 2017 and 2019 he has been working on the titles SHARKS ON A TRAIN (written by John Rappaciuolo), DEAD AND FORGOTTEN (written by Isaac Jean Francois), DECAY OF SANITY (written by Robert Glowa), 21 ST CENTURY MAN (written by Atabay Sarami), UPTOWN CHRONICLES and SUB ZENITH (written by Anthony Penhall).

In 2014-2015 he did the writing and artwork for the promotional issue of the Platinum Dolls action figures series and drew the series Electromagnate for Annadale Comics (written by John Rapacciuolo).