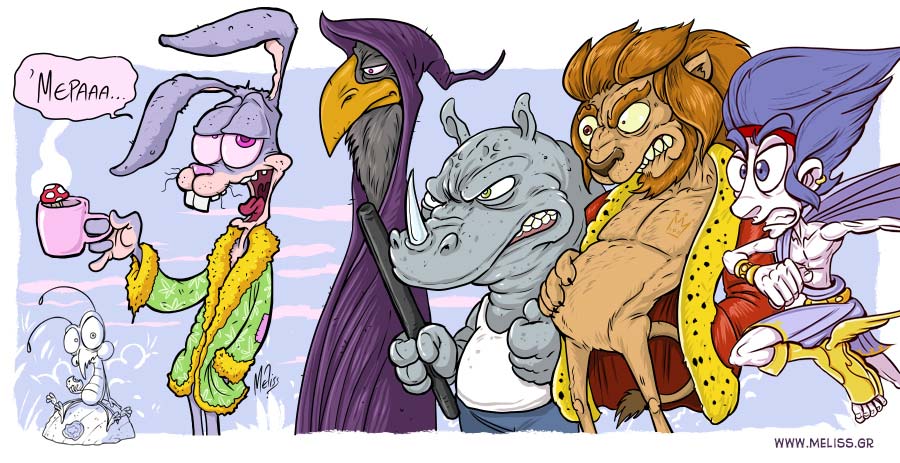 He studied animation and illustration in UK and works as a comics artist from 2003. He has created the Greek comics TO NISI TIS TRELAS (published by M. Sideri Publications, 2018) ad AGRIADES (published by Enati Diastasi, 2017), as well as the comics series TEZA (published by Jemma Press, 2003-2013) which he re-created in 2016 as an animated series at comedylab.gr.

His graphic novel GODS IN CRISIS was published in English (Amazon Kindle, 2015), French (editions M’edite, 2015), Greek (Webcomics press, 2016), and Turkish (Gürer Yayınları press, 2017). In 2006, he established the award-winning creative studio Αnimatic Vision, that has published the magazines E-SENSE, ΜOSQUITO, ΗAPPY REVOLVER and the webcomic ΗARTINOS ΚOSMOS. He has worked for publishing companies like Agyra, Hamilton, Mac Millan, Pearson and producers like Pencilmation, Boo Productions, and more, in Europe and USA.

He lives and works in Athens, as an Illustrator, comics artist and animator. At his spare time he creates 2d video games.