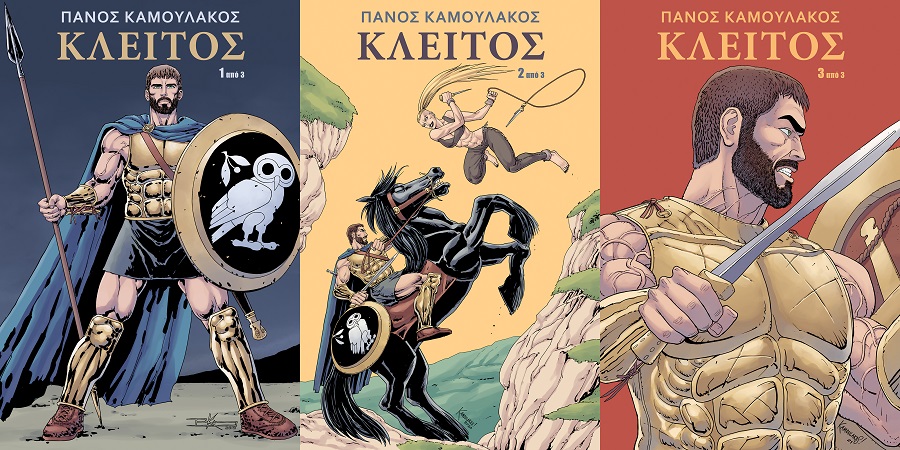 Panos kamoulakos is a comic book creator, illustrator and educator. He graduated in 2008 from Loughborough University of England with a Bachelor in illustration (BA HONS ILLUSTRATION). In 2008, he started doing comic book work for British sci-fi comics/fanzines. He continued working as an illustrator for newspapers, advertising agencies, publishing houses, and telecommunications companies.

In 2011 he started his career as an educator at a private college, teaching the next generation of professionals. From 2015, he is an active member of the Greek comics scene and publishes his first creator owned graphic novel MEDUSA, a comic book adaptation of the famous myth. In 2017, he publishes his next comic book titled TIN SOLDIER, another comic book adaptation of the famous fairytale by Hans Christian Andresen. From 2019-2021 he created and self-published CLETUS, a sword and sandal, action, fantasy comic book mini series.

After eight years as an educator working with major institutes and art studios, he established his own studio in 2019, named Kamoulakos ArtLab.