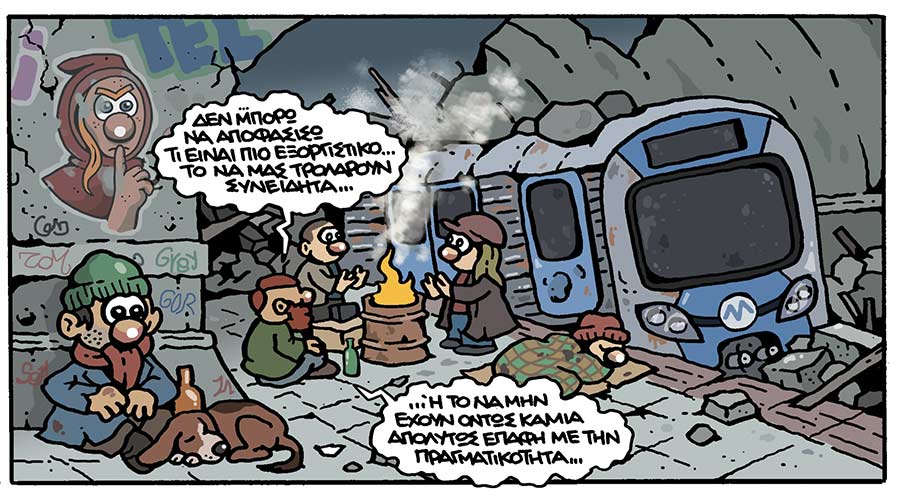 He was born in Athens in 1982. He has studied History at the University of Athens and illustration at the Ornerakis School of Applied Arts.

His first political cartoons were published in 2004. Since 2009, he works as a political cartoonist for the Greek weekly newspaper TO PONTIKI. He also creates political comics for the greek newspaper EFIMERIDA TON SINTAKTON and for the comic blog SoComic.gr. His comic strip series SCARY TALES and THE WORKING DEAD have won several Greek Comic Awards.

He has published four books with his political cartoons and comics and he is currently working his fifth.