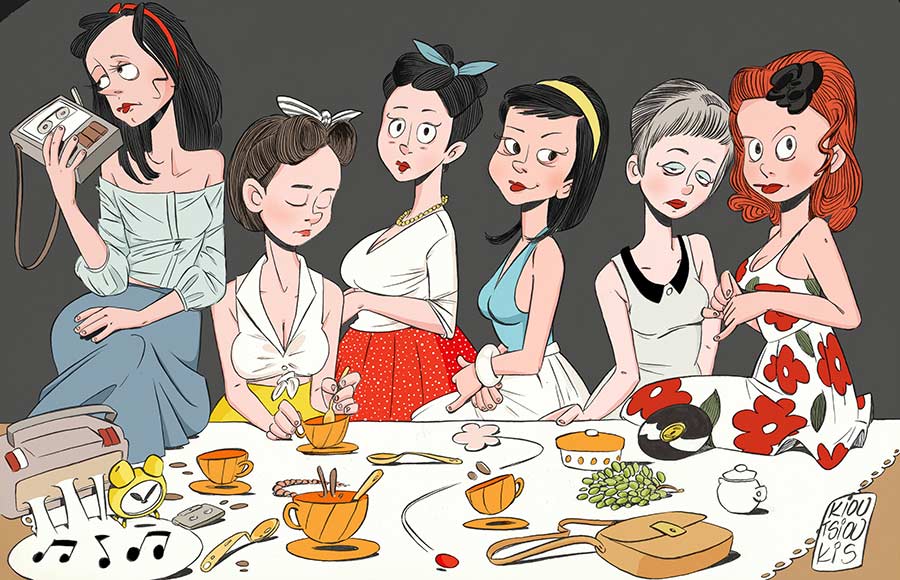 My name is Stavros Kioutsioukis and I am a cartoonist. I was born in ’78 in Thessaloniki. I am actively involved with comics and illustrations since I was 19 years old, when I became a member of the now defunct comic group Enati Diastasi. Since then I have released several fanzines and comic albums. YELLOW BOY #1-4, IPPOTES, TA VIZIA, O DEXIOTECHNIS, and TSALAKOMENI OURA by Enati Diastasi publications, and MFS ACROSS THE UNIVERSE and NICOLETTE by Jemma Press.

Alongside, I have done illustrations in several publications and books (PETER PAN for National Theatre of Northern Greece, etc). These days, my comic strip series is published weekly in SoComic.gr, while recently my comic ELEANOR was released in digital format only.