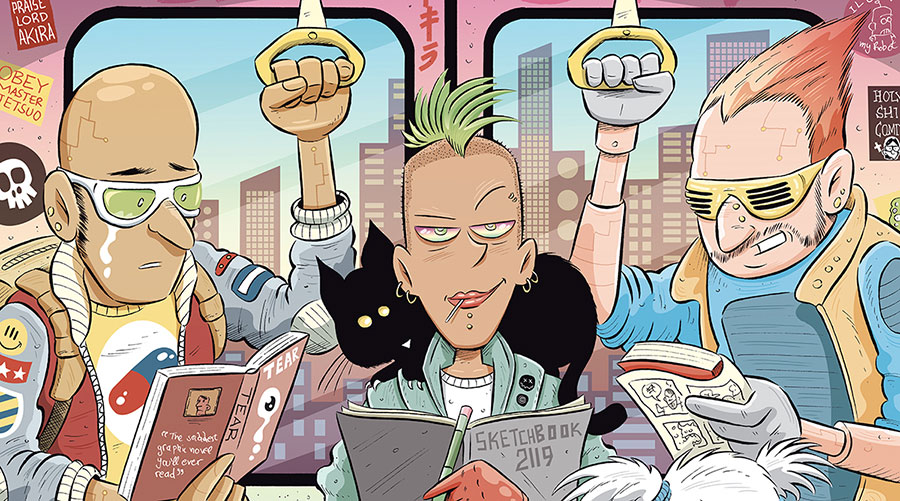 Tasmar was born in Syros island, Greece, in 1977. He has been creating comic books and illustrations for almost 20 years. His work has been printed and presented on various magazines, newspapers and websites in Greece and abroad. In 2012, his comics were presented at the Berlin International Literature Festival, as part of Graphic Novel Day.