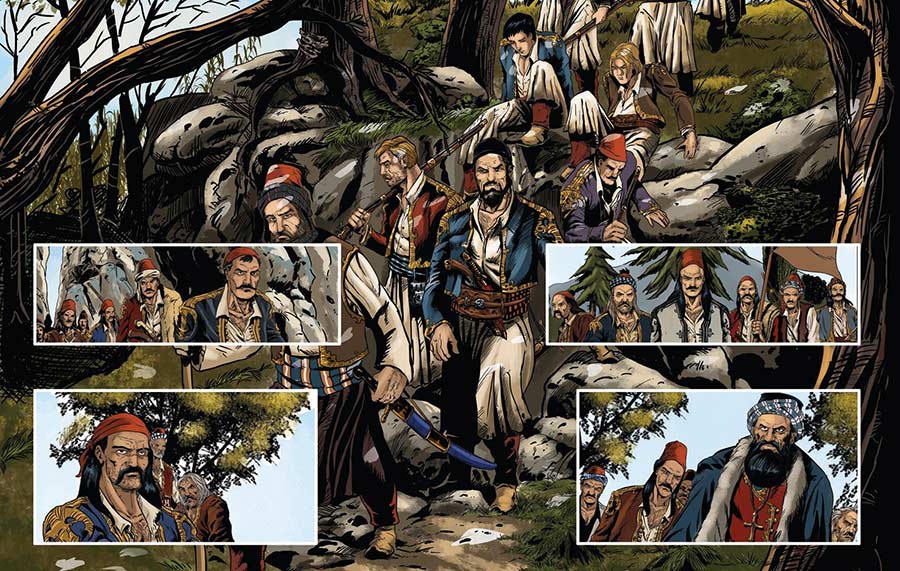 Thanasis Karampalios was born in 1983 in Paliokastro Ellasonas and ever since he can remember himself he always wanted to work in comics. So, in 2008, he graduated from the Comink school in Thessaloniki and participated in ELEFTHEROTYPIAS’ 9 magazine’s new talents contest, where he received an honorary mention.

In 2018, his first work, the inaugural volume of the 1800 series, titled FATHER, was published and in 2019 he participated in the collective project “Valtous X – The Black Map Of Athens”, as well as various exhibitions in Greece and abroad. 2019 also saw the publication of the second and third part of 1800, ELENI and AGIA MAVRA.

Currently, he lives and works as an illustrator in Larissa, taking on illustration work for publishers and advertising firms. He hopes that some day in the future he’ll find the time to read some of the books that are stacking up in his office.