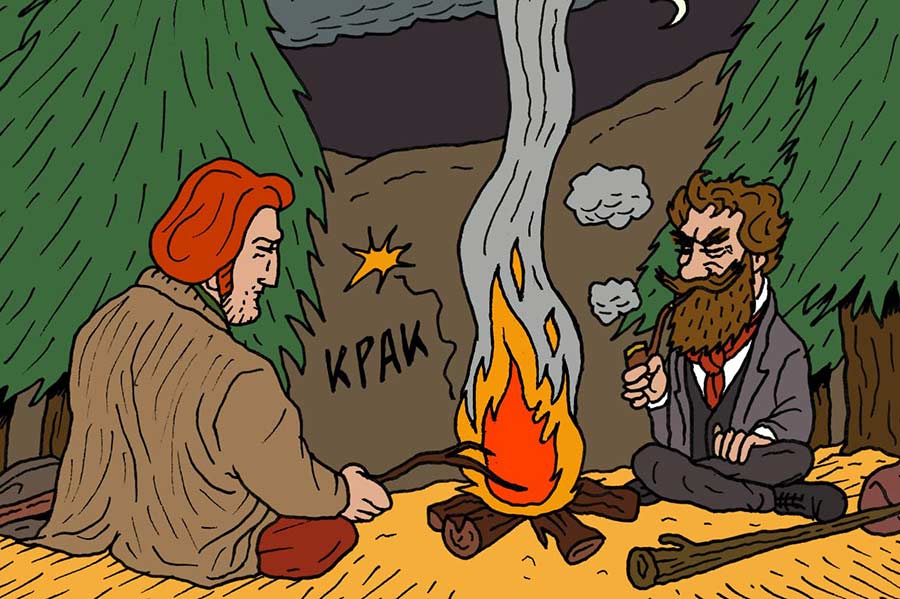 Thanassis Petropoulos was born and lives in Athens. He is a graduate of the Department of Communication and Media of the National Kapodistrian University of Athens and the Drama School of the New Greek Theater by Giorgos Armenis. He works as an actor in Theater and Cinema, and as a comic book creator.

In 2013, he released his first comic album PLASMATIKA NOUMERA by Comicdom Press, which won the Comicdom Fan Award 2014. His second comic album KAMMENA VOURLA (2015) and his collaborative comics with his good friend Antonis Vavayiannis, PROTELEFTAIOI and PROTELEFTAIOI KSANA, are released by Jemma Press and SoComic.