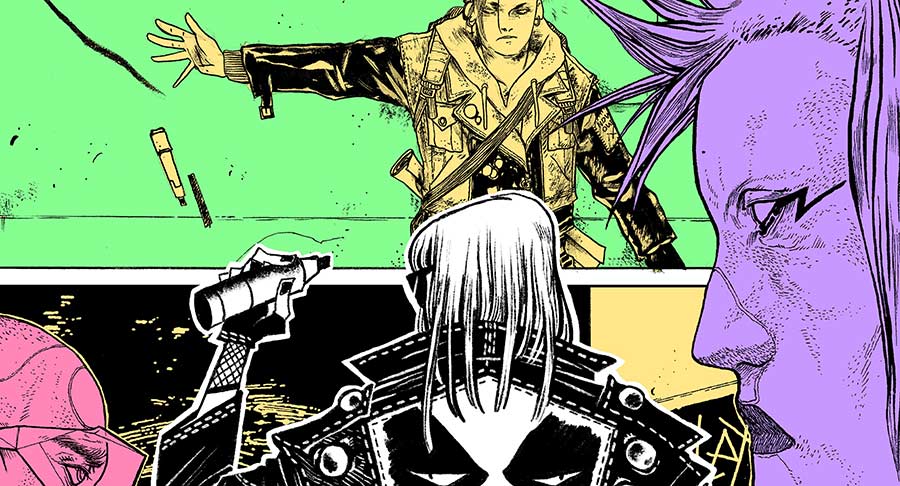 Vasilis lolos started making and publishing comics in Athens Greece. In 2002, he won first place in the national comics contest organized by ELEFTHEROTYPIA’s “9” comics magazine. Since 2004, he has worked with almost every major and independent publisher and studio, such as Marvel Comics, DC, Vertigo, Image, Dark Horse, Fox, Oni Press,  IDW, Heavy Metal, Vice US, Warner Bros, Universal Pictures and others.

He has an Eisner and a Harvey award under his belt and has worked as an artist in the music industry for artists and bands such as Ozzy Ozbourne, My Chemical Romance, Coheed And Cambria, Mindless Self Indulgence, Vans Warped Tour and others. His Harvey Award-winning series THE LAST CALL was optioned by Universal in 2008, to be adapted into a live action movie.

He spends his time making art, weird comics, music and thinking that art is hard but it’s totally worth it.