Creating Comics With Anca And Pepik 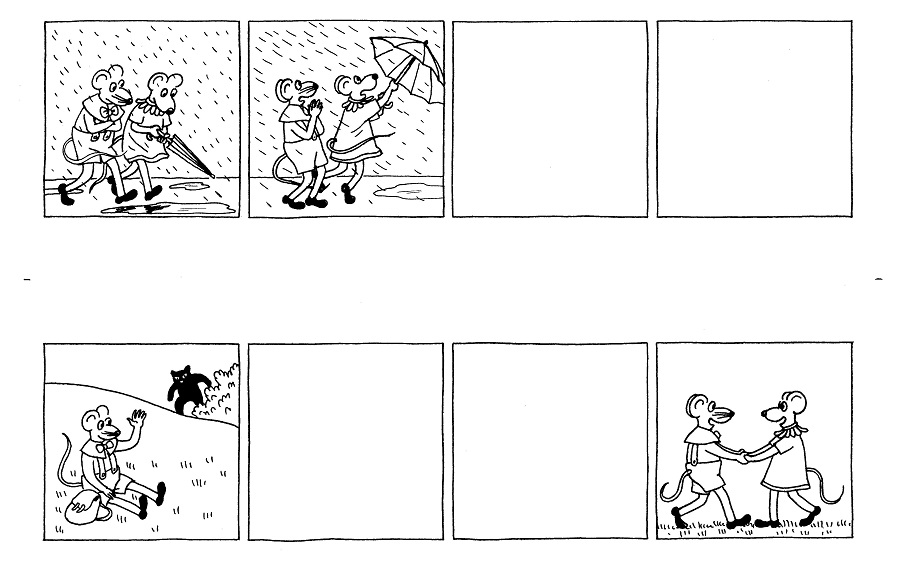 The most famous mice in the Czech Republic come to Comicdom Con Athens in an entertaining workshop presented by the acclaimed Czech illustrator and author Lucie Lomová.

For parents and children between 6 and 10 years old

Reserve a spot by emailing contact@athenscomicslibrary.gr

Lucie Lomová is a Czech illustrator and comic author, born in Prague where she has lived till today and where she also studied theatre dramaturgy in DAMU (Academy of Performing Arts). Starting as a theatre critic and journalist, she eventually found her scope in creating comics; except of these her portfolio also comprises children’s books and magazines illustrations. In the Czech Republic she is famous thanks to well-known mouse couple Anča and Pepík. Their stories were published in children’s magazine “Čtyřlístek”, and were later released as a 5-book collection. They also have provided the basis for an animated series produced by the Czech TV (2016), which is currently preparing new episodes.

Lomova’s work is known not only in her home country but also abroad. ANNA EN CAVALE, her first comic novel intended for adults, published in France in 2006, was awarded with the prestigious Muriel comics prize as the best original book. In another book of hers LES SAUVAGES (2011), she used the biographic story of A.V. Frič, the Czech botanist and ethnographer, who experiences encounter with Paraguay’s Indians during his overseas travels. Last but not least, her adaptation of K.J. Erben’s THE GREATEST CZECH FAIRYTALES was translated and published into English, Russian, French, Italian, Spanish, Japan and Chinese languages.

Next to working on comics, Lomová has been teaching comics at Faculty of Art and Design in Pilsen for few years and cooperates regularly also with Czech TV web on games and popular interactive Advent calendars.

As with all events taking place in the Hellenic American Union, no one will be allowed to enter this event without a vaccination or disease certificate (for adults) or a self test statement (for minors).