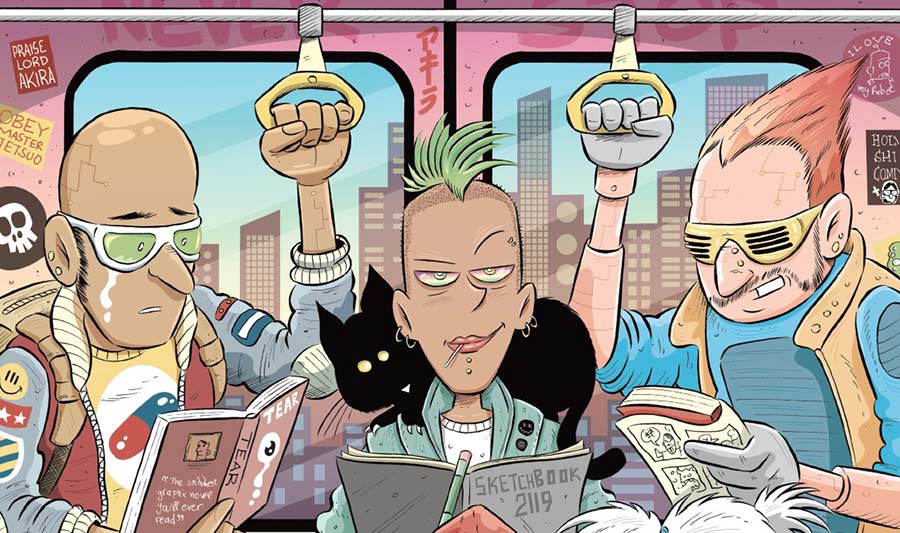 The featured Greek artist of Comicdom Con Athens 2019, who also illustrated this year’s festival poster, selects some of his best works, for this modest but perfectly representative exhibition.

Since 2004, when he became the first comics creator of his generation to cross the borders and embark on an enviable international career, he has collaborated with various overseas publishers, such as Marvel, DC, Vertigo, Image, Dark Horse, Fox, Oni Press, IDW, Heavy Metal, Vice US, Warner Bros, Universal Pictures and others, and he also has the distinct honor of being awarded both in the Eisner and Harvey Awards.

As with all events taking place in the Hellenic American Union, no one will be allowed to enter the Exhibition without a vaccination or disease certificate (for adults) or a self test statement (for minors).